A Courageous Ask and Response 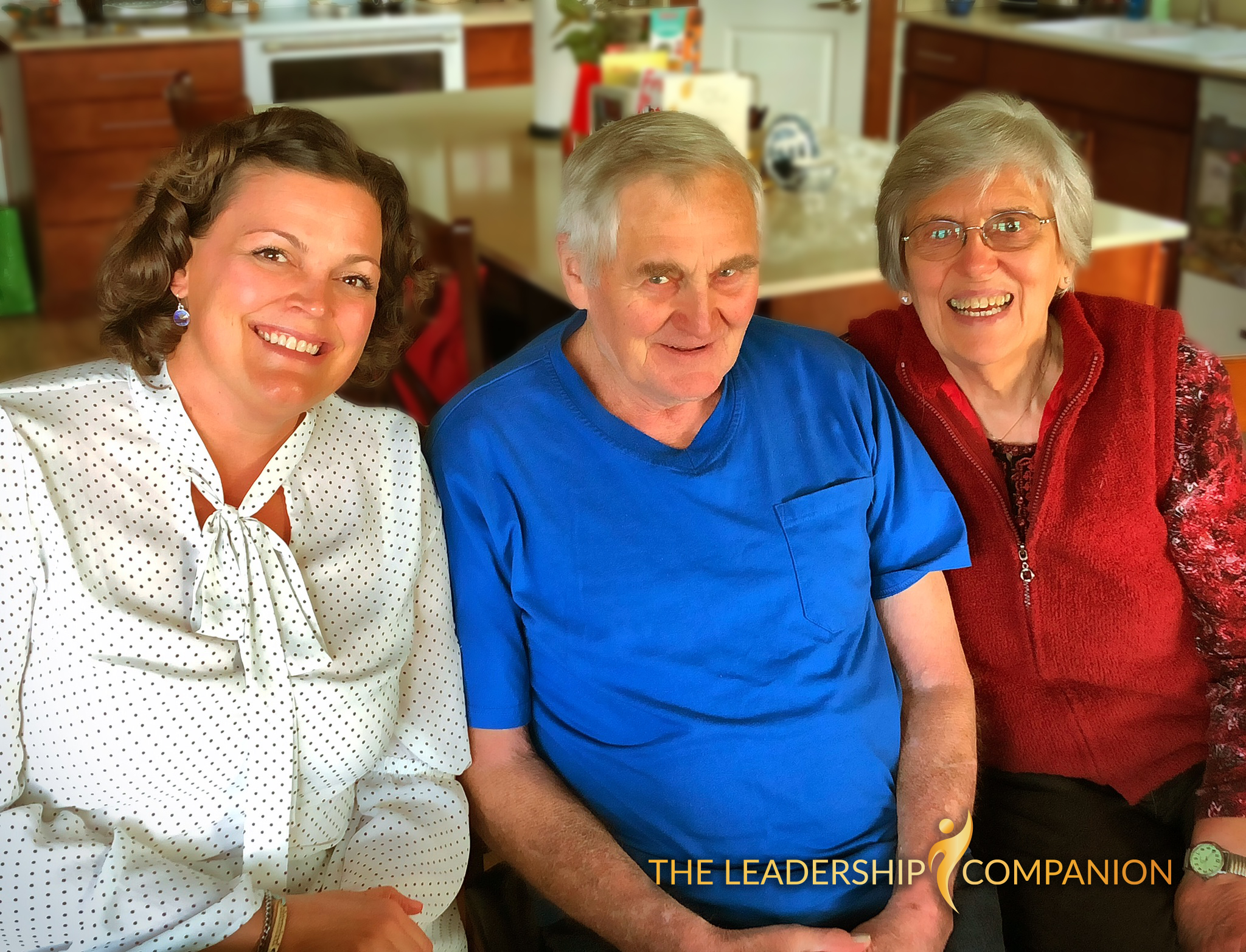 I was always a driven child. My parents would agree, though they’d say I drove them nuts with both my strong will and my desire to achieve.

I knew my parents sent me to my aunt and uncle’s farm for periods of time during the summer so they could get a little reprieve from me. I think the expectation was that I would learn domestic skills, like sewing and baking, along with my girl cousins. But, let’s be honest. I’m pretty sure my aunt quickly realized that it was better and more peaceful for her to channel my energy to the same chores as the boys.

One summer, I remember begging to go to the forest to chop wood with the boys. We had strong orders to be home by 3 p.m. as there was a family gathering that night, so we needed to be able to unload the truck and get cleaned up before everyone arrived. As this girl loves gatherings, I was especially excited for that night. Uncle Sam stayed back that day, so it was just the boys and me. I remember the big green truck winding its way along a dirt path that ended in the middle of the forest behind the farm. The boys all hopped out of the truck with their axes, ready to start chopping. I asked what I was going to do. I think that was met with a snarky comment of “how about get lost”. Not one to be deterred, I asked again, “What is there for me to do?” No one answered. The only audible sounds were the cracks of the splitting wood and the heavy breathing from the workout the boys were getting chopping wood.

I think the boys expected me to sort of disappear or sit silently in the truck. They obviously didn’t know me like Uncle Sam did as I am certain he would have found something for me to do. My memory is that as I watched what was unfolding, I realized I, too, could help carry wood from the chopping area to the truck. Being much younger than the boys, some of the logs were half my size, yet I confidently carried (or dragged) wood logs, piece by piece, to the truck. After lunch, though, I grew tired and bored. I started collecting pinecones that had fallen on the forest floor. Then a lightbulb went on in my head – “I can make this day way more fun.” As 3 p.m. approached and the boys hustled to finish up the final cutting and wood stacking for the day, I started to chuck pinecones at them. I didn’t have the best aim, but when one of the boys took a direct hit, I thought it was the funniest thing. The boys didn’t think it was so funny and I don’t remember ever being allowed to go on a wood chopping adventure again. I’m pretty sure this is the trip that the boys gave me my nickname, Raisehell.

We returned to the farm, and as the crowd gathered on the deck off the kitchen, my sister and I ran upstairs to my cousin’s room where her window opened up directly onto the roof. I flung open the window and started climbing out onto the roof. I thought this was a great platform for drawing attention to us and providing some silly entertainment for the crowd below. As the adults saw what was happening, they started to tell us to go back inside. Uncle Sam sternly said, “You are not to be out there. It’s dangerous. Go inside!” My sister heard the sound of danger and retreated. I, however, only saw fun and did not heed Uncle Sam’s warnings to stay off the roof. I’ll never forget turning around to see Uncle Sam coming in the door to my cousin’s room. Only then did I retreat back into the room. He said it was not safe to be out there. I could tell from his tone and also from his punishment that he was angry. Let’s just say I never did crawl out that window again.

I developed a close relationship with my Uncle Sam those summers. What I came to realize with every visit to the farm was that I could lean into who I was around him. I’ve found that there aren’t many who understand a driven, dominate, focused woman. While my personality can be intimidating to others or others want to force me into a mold to be someone who I am not, I have found a few people who have embraced and nurtured my personality. I am grateful that my Uncle Sam was one of those people. He never expected me to be anything except who I was created to be.

At a young age, it meant a lot to me to have Uncle Sam embrace my whole being and not push me to be someone else. This formed a special bond between us that deepened on Thursday, November 19, 1987 – the Great American Smokeout. My 5th grade teacher, who was a recovering smoker, challenged us to ask someone to quit smoking, even if just for an hour. Not one to shy away from a challenge, I walked home that day wondering how I could complete the challenge, since I didn’t know anyone who smoked. As I approached home, my parents were outside working on their cactus bed and asked how my day was. I shared the challenge with them and expressed that I didn’t know anyone who smoked. They began to list a number of relatives who smoked. I was stunned that my Uncle Sam was on the list. I went over to the phone several times, picking it up and putting it back down. “What would I say?” “What if he said no?” As I often do, I didn’t sit with those questions too long. Instead, I counted to three and dialed the number.

Uncle Sam was gracious to me. He understood that I was goal oriented and didn’t shy away from a challenge. I think he was also tickled that I thought of him. He agreed to help me meet my challenge by trying to give up smoking for just one hour.

I cannot say enough about how grateful I am for the gift Uncle Sam gave me by encouraging me to live my truth of who I was created to be. It is that gift that I pass on every day to the strong women I coach and the strong daughter I am raising.

What life could you transform today by courageously asking them to quit smoking? How will you muster up the courage to ask them to join my Uncle Sam in being a quitter? Need help stepping into your courage? Schedule a time here to discuss how I can help you live a more courageous life.